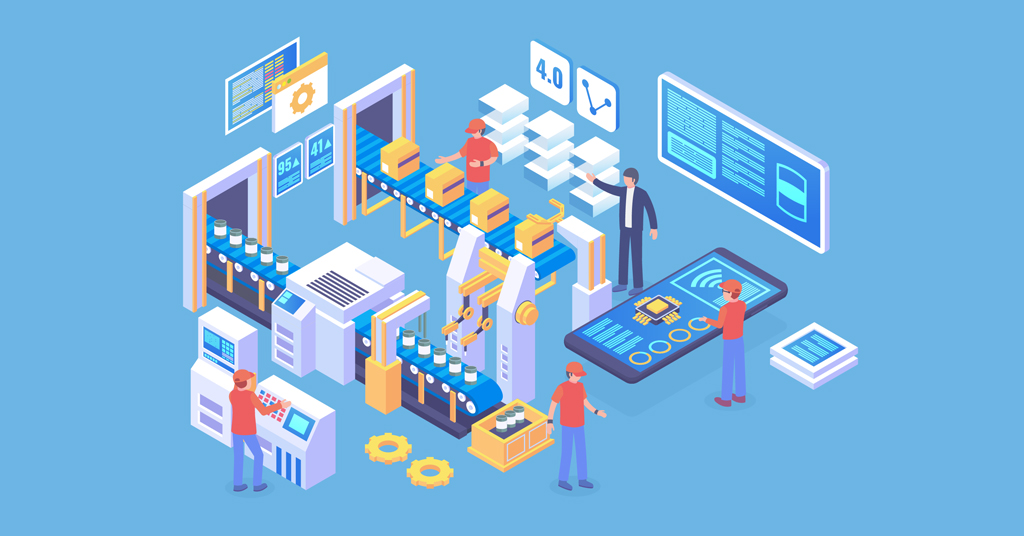 A Brief Background about Online Successful Entrepreneurs in Pakistan

What are the success stories of online successful entrepreneurs in Pakistan? How do digital marketers perform their jobs? You need to know your current status in the digital Industry. Pakistan is home to about 220 million people with around 65% of the population under 30 years. A country overview with this giant population has a foreign debt of about US$112 Billion (Approximately 48 trillion Rupees). This sum is equal to the net 5 years of the Fiscal budget of Pakistan.

In 2020, Pakistan is 73 years old after independence and we all have debt on the economy i.e US$285 Billion. Jeff Bezos (Founder and CEO of Amazon ), living in the US still will be among the top 100 Billionaires after paying all this debt, is an Entrepreneur. This is the worth of an entrepreneur. That’s the solution for a better economy to be an entrepreneur and we need more entrepreneurs’ mindsets than employees’ mindsets for future generations. An Entrepreneur organizes, manages, and assumes the risk of starting and developing a business venture. 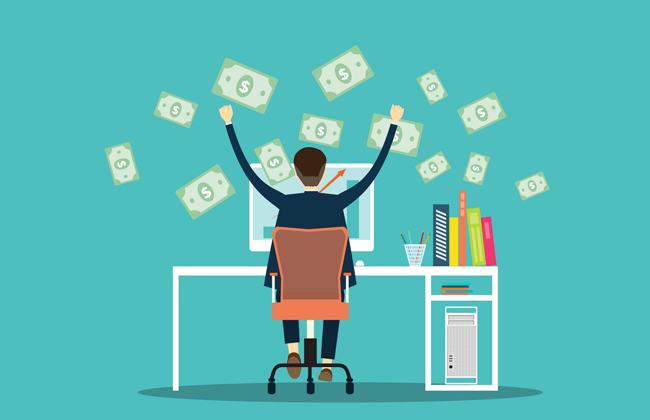 The Pakistan E-Commerce industry ranks at 46th, placing it ahead of Peru and just below Greece. It might sound attractive that we have placed at 40th position in terms of our GDP. As per statistical reports, our under 30 years old population is unaware of the right opportunity in the Digital field. One thing is clear that we are far behind our potential E-commerce portfolio, The most common reason is the lack of skills among our youth in the digital Industry. Typically, freelancers get a bachelor’s degree at their institute instead of learning any digital skill but they are unable to compete with the latest trends in the digital market. 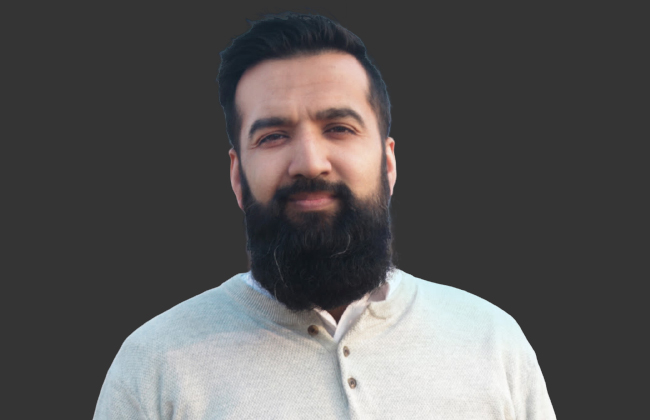 Azad Chaiwala is one of the most famous personalities of youth nowadays. He is famous for his slogan “Degree Nahi, Skills!”. He has a wide range of critics. The beauty of the entrepreneurs is that “they don’t mind the individuals’ opinion as it doesn’t matter (I don’t mind because they don’t matter).” Azad became an Entrepreneur at the age of 12. Guess How?

By selling candies at Mirpur Azad Kashmir. To his credit, there are many virtues. Famous of all is FOG (Free Online Gaming.com) and it has been a host of over 2 Billion online Players. He has developed around 1,000 applications for Google Play, having around 700 million downloads. His Net worth is predicted between US$1-5 Million. Azad calls his followers by the name of Millionaire (slang Urdu word for Millionaire). 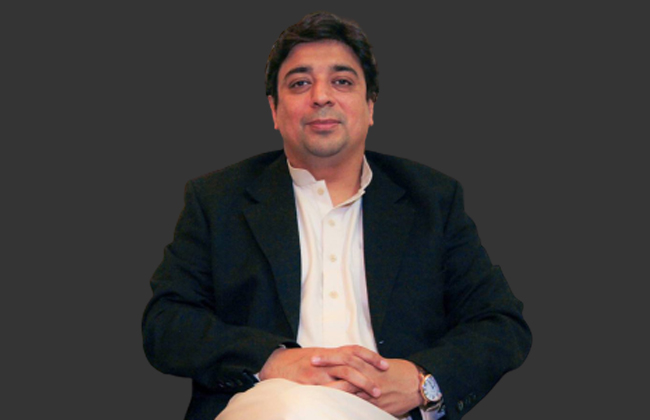 Mr. Hisham Sarwar is the real-time freelancing guru. He was a typical 9-5 Job man. After a few years, he realized that this normal job is not giving him the satisfaction that he needs. Eventually to become a part-time freelancer and began his career offering web design and web development services on traditional freelancing sites.

In recent years, he quickly grabbed the onsite of Guru.com and became a full-time entrepreneur. He believes that if you can monetize your passion it’s far better than working a full-time job instead of working for someone else. His net worth is about US$ 1 Million. 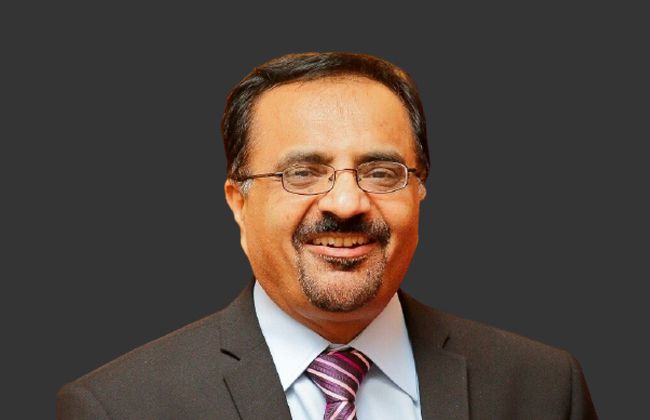 Ashraf Chaudhary is known as Gurellia Marketing Guru. He grows himself as an Entrepreneur by the stroke of crisis. Luckily delivered his first workshop in Marriot Karachi in the late quarters of 2009. That special day sky became his limit.

Ashraf Chaudhary is popular with the young public along with his Guerrilla CV service. He made fortunes by his words that generate leads and sales. He is currently a sales training expert whose live sessions and professional pieces of training are an inspiration for young corporate entrepreneurs in Pakistan. If you are looking for a good class of opportunities to be on the list, join us!

Who is Imran Ali Dina??

Imran Ali Dina is a teacher by profession, and an entrepreneur by the mind. Imran Ali Dina is an example of impressive success for young people and he is a professor at Iqra University. His scale of students is hailing all across the globe.

Imran Ali Dina transforms his skills to society through his youtube channel “GFX Mentor”, GFX Mentor channel got a hit of about 1 Million Plus subscribers. He is coaching through free online Lectures on Adobe Photoshop and Adobe illustrator. A number of his students are serving the Media Industry in the Middle East on different levels. In addition, he encourages students to come to his free video portal and learn graphic skills free. He believes in hard work in learning skills and his all lectures on Youtube are ‘100% free’.

When Pakistan Government authorities were contemplating the “ban” of YouTube, a program. At that time Dina was teaching youths and educating young minds with useful empowerment of skills. He is an example of a Middle-Class society that blames their luck. Dina makes his successful destiny.

Rare Teachers who share their knowledge, experience, and enlightenment free of cost in society, as we need more of them. Giving others the ability and chance to learn something is truly a blessing, we applaud teachers like Imran Ali Dina and can be admired as capacity-building innovative individuals making a difference in Pakistan through positive mind play! 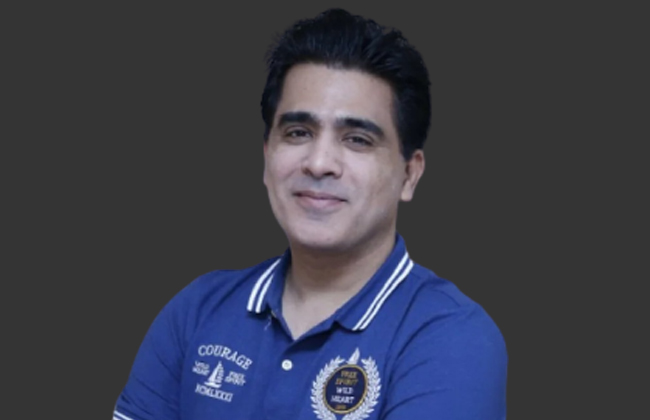 Sheikh Kashif Ali is known as Sunny Ali for the extreme commerce regarding Amazon. Sunny Ali is one of the famous Online Successful Entrepreneurs in Pakistan. He started his journey as a teacher at the age of 15 in a computer center, established by his father in Sultanabad Karachi. He worked as a “senior systems and security consultant” for MIS technologies, Australia.

If you search for the victims of the 2008 market crash, he was among them. At that time, his company was among the top 14 in Growth in Australia. He has a unique vision of injecting US$1 Billion into Pakistan’s economy to create 10,000 Amazon FBA Entrepreneurs and to help and raise the Human development index of the country. 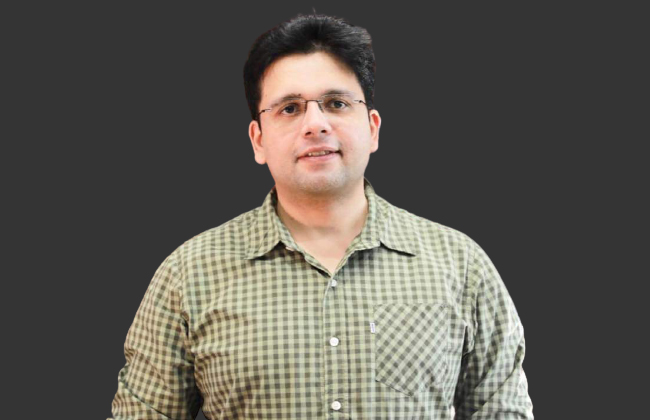 He is the CEO and the CO-founder of Enablers.org, with 15 years of experience in technology and digital marketing. Saqib has been selling physical products in the international E-commerce industry. He has a vision of enabling and empowering Pakistan. For this, he is trying hard to bring Amazon and the likes of the company to invest in Pakistan to boost the economy of Pakistan. 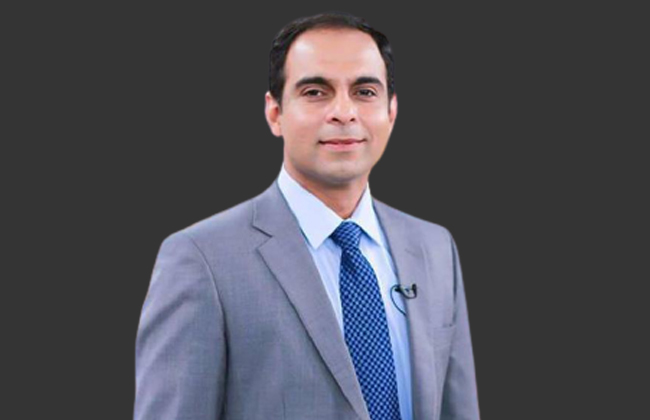 Qasim Ali Shah is one of the well-known Motivational speakers among Online Successful entrepreneurs in Pakistan. He is drop out by choice from the famous University of Engineering and Technology(UET) Lahore, from the department of chemical engineering. He started his startup by guiding youth about CSS (Central Superior Services) and other relevant exams.

Qasim  Ali Shah realized the importance of the entrepreneurship concept among Youth in real-time. He became a YouTube sensation Activist. He has over 2Million YouTube followers and his “Qasim Ali Shah Foundation” is helping young entrepreneurs to achieve their goals in a way that in turn succeeds in the recent developing situation. 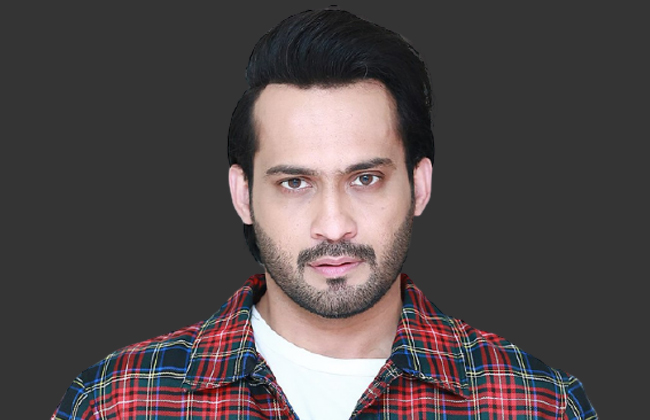 Fitting perfectly to the title “Controversy yours”, Waqar Zaka is a much-rated celebrity of Pakistan. He is the consistent voice for legalizing Cryptocurrency in Pakistan. Also, he had won the case of an outdated computer course by the Sindh Government in the year 2020.

Waqar came to light and challenged the verdict against banning the famous game PUBG (Players Unknown Battleground) in 2020. According to him, the solution to all financial problems is to open a gateway by legalizing the way of cryptocurrency. Waqar is often rendered the founder of the crypto market in Pakistan. An engineer by profession and a passion for growth has made him a successful Entrepreneur. 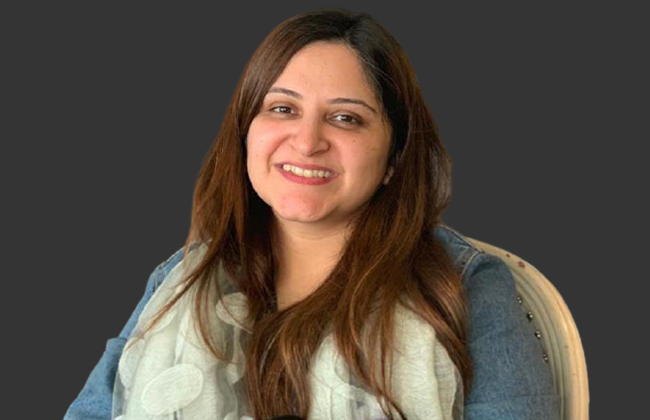 If you search regarding women online successful entrepreneurs in Pakistan, Maria Umer is displayed on top of the list. She is the founder of the Women’s Digital League (WDL). WDL is the online league of training and providing opportunities to women. WDL guidance to newbies can come towards the Digital Industry of Pakistan.

The turning point of her carrier was the project “Artemis/Goldman Sachs 10,000 Women Program”, coached by “the giants of Silicon Valley”. Maria is an ambitious woman who is keen to bring the women’s fore in the entrepreneur programs. 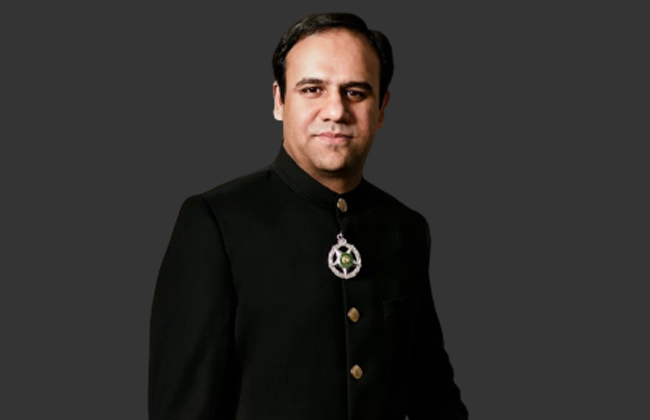 Umer Saif is CEO of SurveyAuto and an advisor of the United Nations Development Program. He is an Alumni of Lahore University of Management Sciences. Umer held the title of Doctorate at the mere age of 22 from the University of Cambridge.

He perused his post Doctorate from MIT (Massachusetts Institute of Technology). Umer was appointed as a Chairman of the PITB (Punjab Information Technology Board). His role in the transformation of the digital world is to introduce the public to an important digital platform for employment opportunities named as E-Rozgar. He was the co-host of the TV Program “Idea Croron Ka”. 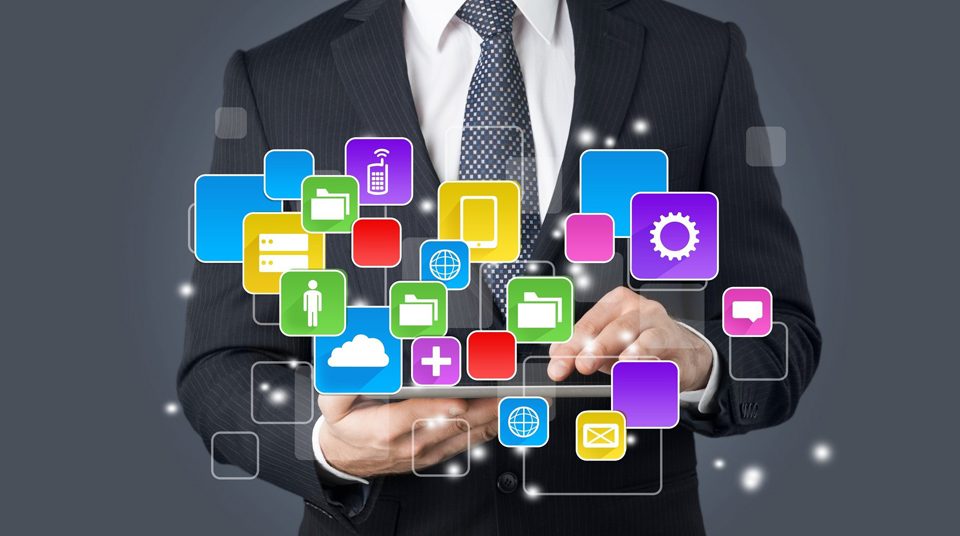 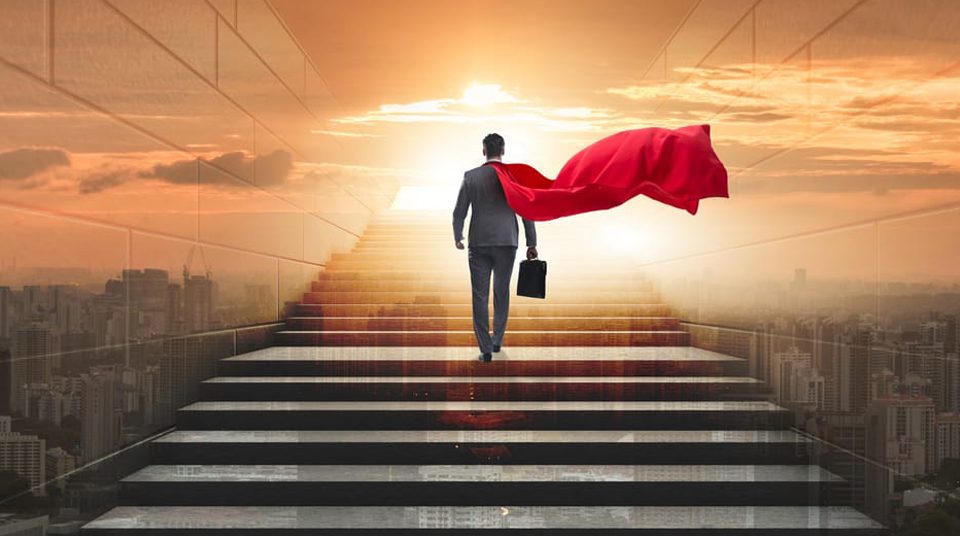 Top 10 Characteristics of a Successful Entrepreneur 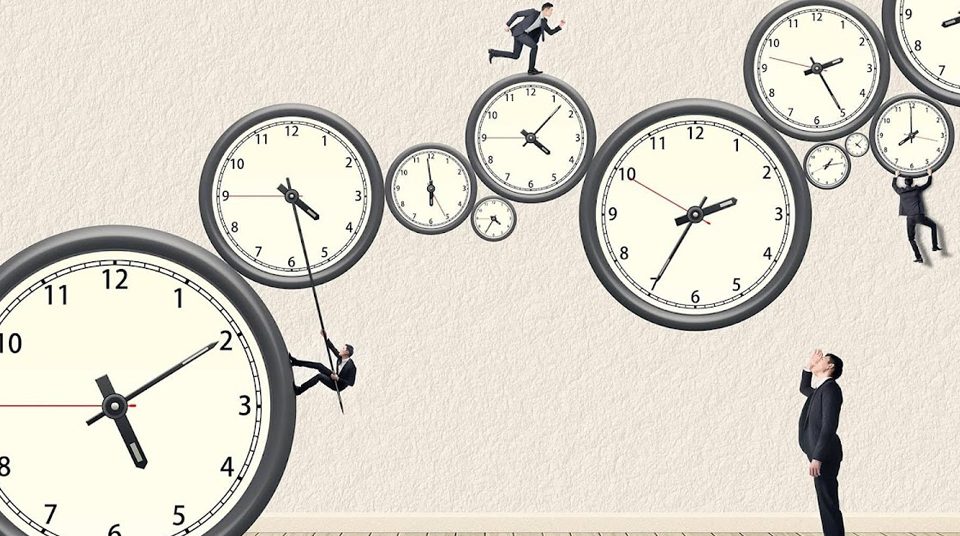